Hospital reputation and reliability are critical. Without consumer-driven rating platforms, hospitals rely on annual rankings, such as the U.S. News & World Report, for proof that they’re amongst the trusted places to receive care. 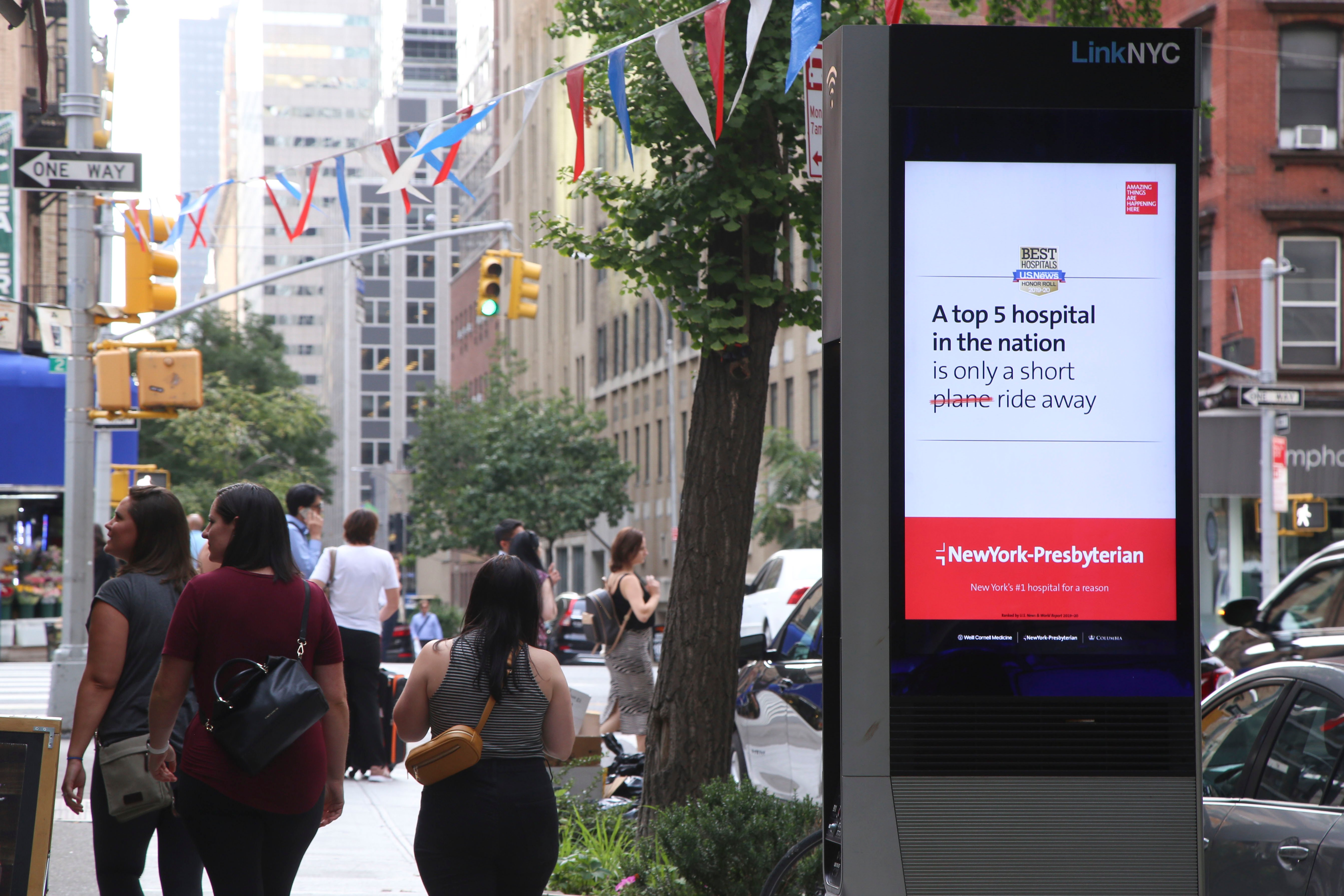 For NewYork-Presbyterian, having the trust of the local population in New York is one thing, but being named a top 5 hospital in the nation sent a message to the whole country that they were one of the best, most reliable places to receive health care in the U.S.

In order to celebrate their win and continue the momentum, NewYork-Presbyterian saturated New York with a digital out-of-home takeover. The campaign launched less than 10 days after hearing the news, demonstrating digital out-of-home’s ability to rapidly launch in multiple locations and formats in a moment’s notice. All without the tedious space, production and installation drawbacks of traditional out-of-home. Across 271 different screens and over 25M impressions during the week, the campaign reached New Yorkers at major commuter hot spots, including Grand Central Station, Penn Station, and the World Trade Center. In the end, we were able to dominate the NYC area and spread the news about NewYork-Presbyterian’s status as one of the best hospitals in the nation.